What does it mean to be Kingdom-minded? 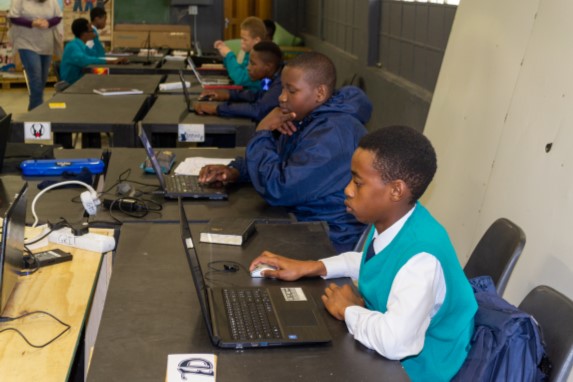 What does it mean to be Kingdom-minded?

As we journey with God in this life, I know this is a question that many believers grapple with. In Church circles we so often use the term Kingdom-minded. Do we really understand what it means?

I believe it is much bigger than my small-minded self, yet it is a great adventure to discover this truth. Christ Himself said that we should first seek the Kingdom of God. In Matthew 6:33 it states: “but seek ye first the Kingdom of God and His righteousness and all these things will be added unto you”. We thus have to be Kingdom-minded.

Christ didn’t say to seek salvation or healing or freedom, nor riches or anointing or a calling. All of these are important, yet He commands us to seek something different: the Kingdom of God and His righteousness. It seems that once we obtain this the other things will fall into place. And He says to SEEK it.

You can only seek something if you know it is lost. When you realize it is lost, you will only look for it if it is of value. The size of the value will determine the passion with which you seek the lost object. Now let’s be honest, when we glance at the general condition of Christians, we do not find many people seeking this specific object. Christians are busy seeking many other things. This includes happiness, purpose, riches, power, acceptance, public standing, and so on. Yet this is not in line with Christ’s command.

Let’s return then to the question; “What is the Kingdom of God and His righteousness?” Maybe if we understand this and realize we have lost it, it could become our life priority again.

So, this is my discovery thus far. It is open to change and correction as I grow in the Lord.

The Kingdom is not the Church

One thing that I discovered is that the Kingdom is not the church; at least the way we see the church. As I tested this understanding, I realized that most people understand the term “church” as the building or place of worship. They see it as a place to gather, usually on a Sunday, to hear a sermon, to fellowship, be baptized, grow spiritually, give a tithe and offering to and so on. Once again, these are important activities to understand, yet not Kingdom.

The word translated church comes from the Latin German background of “Kerke”, which means temple shrine or circular enclosure. Thus much of our understanding of the word church is correct, but does it relate to the Greek word Jesus used in Matthew 16:18? Christ used the word “Ekklesia” in the Greek. It means a gathering of citizens from their homes to a public place, an assembly of people for the purpose of deliberating, called-out ones, the sense of governance or assembly of Israelites. So, attending church just not mean that we are Kingdom-minded.

This word seems to be more in line with the Hebrew word “mamlakah“. It means Kingdom or nation rather than just a synagogue or place of gathering.

What I found is that God is interested in all of His creation and its restoration. His interest is not just to get me saved and going to heaven. I can best describe this through some key principles that I came to understand:

When one considers the above 10 principles, one realizes how far the church, as we know it, falls short of living these principles. We need to start living with this big picture in mind and focusing on being Kingdom-minded in our lives. Jesus’ first message after His baptism in Matt 4:17 was to repent for the Kingdom of Heaven is at hand. He preached this message: The Kingdom.

Another concept to understand is that God always owned the land, Greek Terra. Ps 25:1 states that the whole is the Lord’s, yet in John 3:16 He states that God loved the world (Greek Kosmos) that he gave His son. The word Cosmos is different from Terra in that it speaks to all the systems and structures on the earth including the people. One can derive that God loves education, economy, agriculture, church and family, government, healthcare, etc.

In my passion for Christ-centred education, I believe that we need to rethink what it means to be Kingdom-minded. Better yet, we need to rethink how to set our minds and thinking capacities on Kingdom principles, implement them and live by them.